HISTORY AND DEVELOPMENT OF THE HKA The precursor of Hanoi Kendo Association (HKA) is Cau Giay Kendo Club, practiced at the Cau Giay stadium in Hanoi (From August 2008), directly and frequently taught by Japanese sensei ,Kumiko Sugiyama, Kendo 6 Dan. On April 2010, Sensei returns to Osaka after 4 years of living and working in Hanoi. During this period, the club regularly received the support and assistance from another dedicated 6 Dan sensei, Nishio, also from Osaka. On October 2010, The club moved to Hanoi-Amsterdam high school, and changed to Hanoi Seikenkan (ハノイ正剣邸 – HSKK). The name was given by Nishio Shigetomi sensei, the first teacher of Hanoi Seikenkan. On November 2011, HSKK moved to Dich Vong B Primary School – Cau Giay. On June 2012, The 2nd dojo was established at the Foreign Trade University. Then, when Hoang Cau dojo were completed. The entire FTU Club was tranferred to Hoang Cau dojo (5 / 1H Tran Quang Dieu – Dong Da). It was called Hanoi Centre Kendo Club because the dojo’s location is in the Centre of Hanoi (based on Hanoi’s map). On April 2013, 3rd dojo was established, at Bo De Secondary School, 111 Hoang Nhu Tiep, Long Bien; called Hanoi Tsunami Kendo Club. On June 2013, HSKK kendo club moved to University of Technology Gymnasium. On April 2014, 4th dojo was established. This is the time the club went back to Hanoi-Amsterdam high school, with a new name: Hanoi Western Kendo Club, because the location is near the west of Hanoi. Also in 2014, Hatori-sensei, Kendo 7 Dan, from Kanagawa, Japan, went to Hanoi and regularly have important trainings for our Association. He was a close friend of Nishio-sensei back when they trained the Russian and Chinese’s kendo team, On April 2015, 5th dojo was established, in Ha Dong, called Ha Dong Seikenkan Kendo Club. On September 2015, 6th dojo was founded at Trinh Hoai Duc Gymnasium, named Dong Do Kendo Club. Together with two kendo clubs Vinh Seikenkan and Hai Phong Seikenkan, HKA now has a total of 8 members. Hopefully, the number will be growing in the future. The founding date, 19/08/2008 In Cau Giay Gymnasium, was later considered birthday for all the participating member dojos of HKA. Thank you all 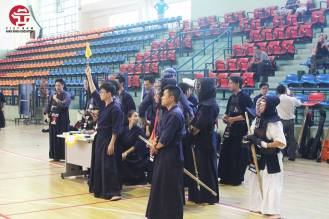 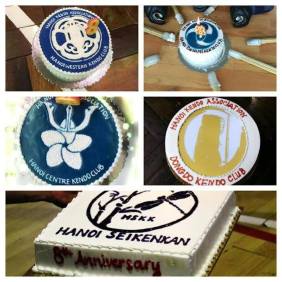 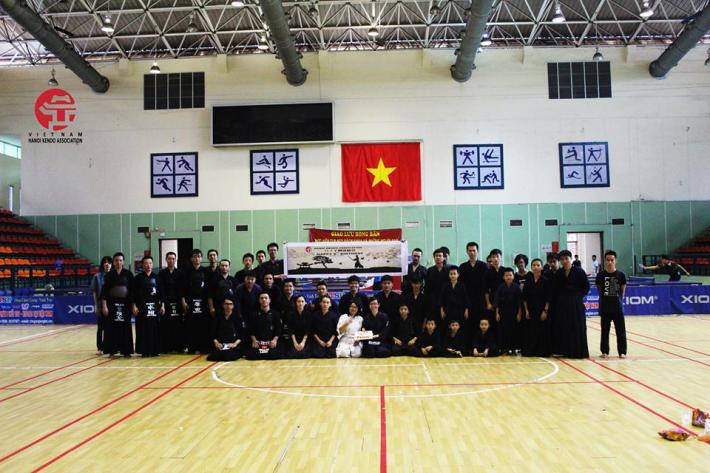 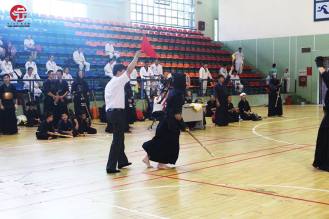 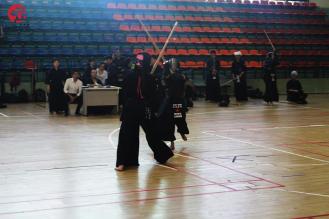 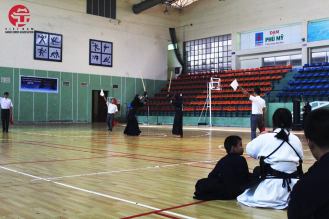 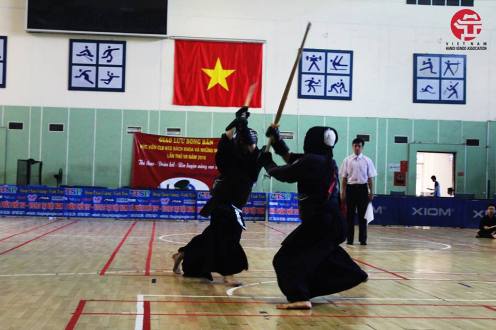 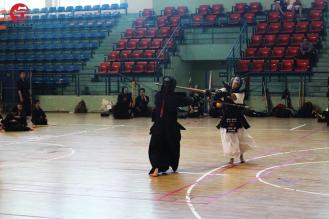 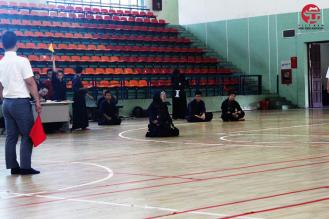